This post was originally written in March 2017, and since then Apple has updated everything- I have updated each of the categories with new recommendations as needed. All prices lifted directly from Apple Australia

The big news is Apple’s M1 silicon CPU- These are up to 280-% faster in CPU based tasks
Should you buy one of these?
Yes, sort of. Remember the M1 chip is a ‘low end’ chip – there is much faster ones to come. Also a lot of software does not run natively on these- you may be better off buying an Intel based machine for some tasks. They don’t appear to need as much RAM as the Intel models, but we’d also caution against buying an 8GB RAM machine as the 16GB will help you to extend its life…

MacBook Pro
13 inch models
Models Updated November 2020- now with M1 chip!
Entry model is decent value at $1999. You can still buy the Intel based models with an 8th Gen quad core processor, but all of the excitement is around the new M1 Apple Silicon based models.

16 inch models
*These are all expected to be replaced with M1+++ models this year, so wait unless you need something now. Still terrific machines though…

Better- 8 core CPU, 16GB RAM, 1TB SSD $4399
$4399 model has a 1TB drive, and a slightly better graphics processor, and now packs an 8 core 9th Gen i9 processor- phwoar. The high end model is really the pick here- but I would say that!
RAM, video card and storage upgrades are insanely expensive, but can’t be done later, so be careful when buying!
Time to sell a kidney, sadly I only had one to start with… 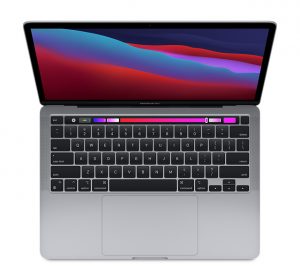 MacBook Air
Apple upgraded these machines to the M1 chip too. Only 2 models in this range 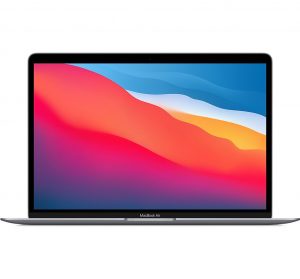 iMac
21 inch models
The value proposition has changed on these as they now come with SSDs, but to be honest they are unremarkable machines if you can afford a 27″ iMac. OK let’s assume we found nothing between the couch cushions and have to buy one of these- just remember you CANNOT upgrade any of these specs later…

Entry- 2.3GHz dual core i5, 8GB RAM, 256GB SSD $1699
Don’t do it, buying a dual core machine is going to send you mad, and having only 8GB RAM will just make the madness faster. Or slower, or something

Now we’re talking, this machine has a better GPU- graphics processor too. This machine can be upgraded to a 10 core 10th ben Intel chip for $600. Not 100% convinced on the value of that but I’d really look at that carefully in the context of the work you do. Can be upgraded to the Radeon Pro 5700 XT which is a similar GPU as the Mac Pro, but $750 needs justification too. Also needs more RAM, but as usual, buy this 3rd party, not from Apple

All models
Come with a Magic Mouse 2 and a Magic Keyboard. I recommend the wireless mouse- it comes with a lightning cable and has built in batteries so you don’t create huge amounts of waste and frustration when your batteries run out. The charging port for the mouse is located where you can’t use the mouse and charge it at the same time, which is spectacularly dumb, but I guess Apple has reasons….. the keyboard is also quite nice if you really want to ban cables (internal battery, charges with lightning cable) but it is very small, and I still like having home keys and a numeric keypad. PLEASE consider buying the ‘Magic Keyboard with Numeric Keypad’ – you can select this under the Mouse & Trackpad options, the link is under ‘Keyboards’ and is marked ‘Change’. It has come down in price from $40 to a $30 upgrade- go on, you can afford that. 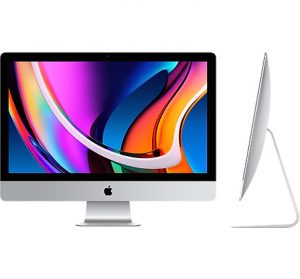 Honestly, we find it hard to really get excited about these machines. Yes, it’s a lot of power in a little package, but it just seems like such a compromise. Great processors, excellent configurability, nice package. But now that the Mac Pro has been released, a bit of an edge case. Tell us why you really want one, because we can’t see the point, especially as the high end iMac can be configured really similarly for a couple of grand cheaper
Starting at $7,299 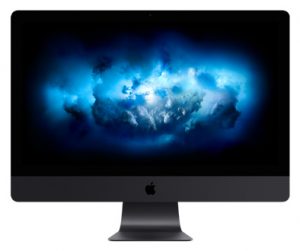 Mac Pro
Drum roll please- we have new Mac Pros!
The ‘entry level’ model is an 8-core Xeon powered device at $9,999 however we can save you real money in upgrades for these beasts… 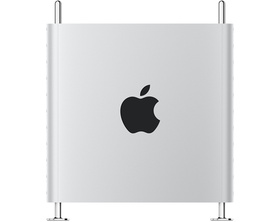 Summary
Don’t buy a machine with less than 8GB RAM- always get 16GB+ if you can
Don’t buy a 21 inch iMac unless you have no other options
Do get advice from Servicemax if you have any questions!