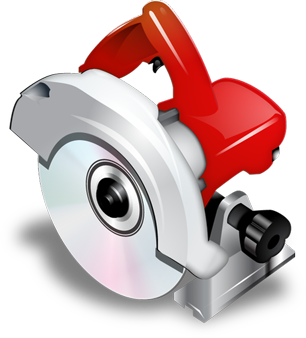 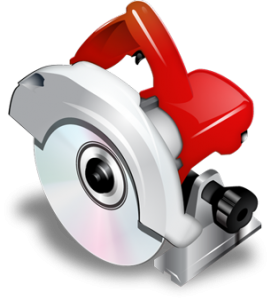 As a father of a 5 year old, I’ve long wanted a system of archiving my DVD’s that could keep the originals away from sticky fingers. If you’d seen the condition of some of his DVD’s you’d agree with me!

So my requirements are-

Must rip the DVD in full, original quality

Must include menus and navigation

Must remove content scrambling, ARCOSS, region coding etc so I can repurpose for iPod, iPad

In my quest I’ve bought, used and discarded lots of software. DVD2oneX2 , iRipDVD, MacX DVD Ripper Pro, DVDRemaster, and MacTheRipper. Honestly I stayed with MacTheRipper for a long time without looking at RipIt, which I had acquired as part of one of these cheap bundles that come up from time to time.

MacTheRipper is now old, crusty and virtually unworkable. It chokes on DVD’s that include ARCOSS protection, and an increasing number of modern discs. It also may violate the GPL agreement of some libraries it uses-

I found out by happy accident that the developer, The Little App Factory was a previous customer of Total Recall- that’s right, the company is right here in Sydney! So I emailed the boss and asked him point blank about what anti piracy features the software can defeat. To my surprise, just about everything except the region code. I was a bit cranky about this, as even MacTheRipper (MTR) could do that! But then I realised that the region code is possibly the easiest of these anti piracy measures to defeat, so there must be another reason. I suspect it might be a legal issue, but I don’t really care, all I want is to use movies that I already own! I do own hundreds of DVD’s, remember I’m not talking about piracy here…..

So I fired up RipIt and here’s what I found- nothing. No problems, glitches, issues or annoyances. It just works. It does what it says with the minimum of fuss, and I’m an extremely happy guy. When it comes to complexity, I’m normally a middle of the road kind of guy, I hate things being too simple, or too hard. Lately I’ve been up to my armpits in SSH public key encryption and installing OTRS (a helpdesk system) into the Amazon EC2 cloud, so in this case I’m quite willing to give up complexity in favour of having the product ‘just work’.

There have been rare occasions where it will fail to rip, and I have a second DVD drive which catches most of these discs, but there has been one or 2 (actually it’s now only 1 sitting on my desk) cases where the disc just won’t rip. When it encounters these discs you’ll see the progress slow down, and if there’s a big problem it will put up a message asking if you’d like to try again or clean the disc. The message says to use Methyl Alcohol, which I assume is a mistake as Methyl Alcohol is not commonly found in most households. They probably mean Methylated Spirits which ironically, is actually Ethyl Alcohol or Ethanol…… but I wouldn’t exactly call that an ‘issue’! More recently there are a fair few discs coming out with a new form of copy protection that seems more difficult to defeat. Also it seems to take the Little App Factory quite a long time to update for these discs, and while it’s frustrating it is understandable.

You can tell it to rip into a video_ts folder or get it to add a .dvdmedia extension, creating a single playable file which is nice and neat.

I’m extremely pleased that I’ve got exactly the results I desired with the minimum of fuss, it really is a pleasure to use. RipIt costs $24.95 from

I really like Ripit. If you own a lot of DVD’s you should consider getting it even if you just intend to back them up. I’ll cover the home media setup in subsequent posts.

Adam is a 20+ year veteran of the Apple market. He is one of the most highly qualified Apple technical specialists in Australia. You can read more about him here or check out his Google+ profile- Adam Connor