Tex Whitney Productions produce high quality corporate and event videos. And we’re proud to say that we’ve been working with them for over 10 years to gain a competitive advantage through efficient IT.

When we first met the crew at TWP, they were working from a converted terrace in Kings Cross, using a combination of old reliable sneakernet to get files around as well as a basic but workable ethernet network. Big files. Which meant loads of hard drives cluttering every desk, and nobody quite knew what was on them, or which job was where. Normally you’d think that a server would be the obvious solution, but in consultation with the client it was decided that the priority was to keep the budget in check, and stop the proliferation of external hard drives. So we installed bigger, non mobile hard drives on to the editing stations and enabled limited sharing. We also helped map out a workflow for finished projects to be archived.

Soon after this came a move to Annandale, and much bigger premises. As the number of editing workstations increased, so did the infrastructure. We eventually installed a big, multi terabyte RAID unit, along with an xServe and other Cat-6 infrastructure. This is where we installed our first 10-Gigabit ethernet switch tuned for the server and RAID.

“A big thankyou to the guys at Servicemax.  Our screamingly fast network handles all our HD video productions day in – day out.” 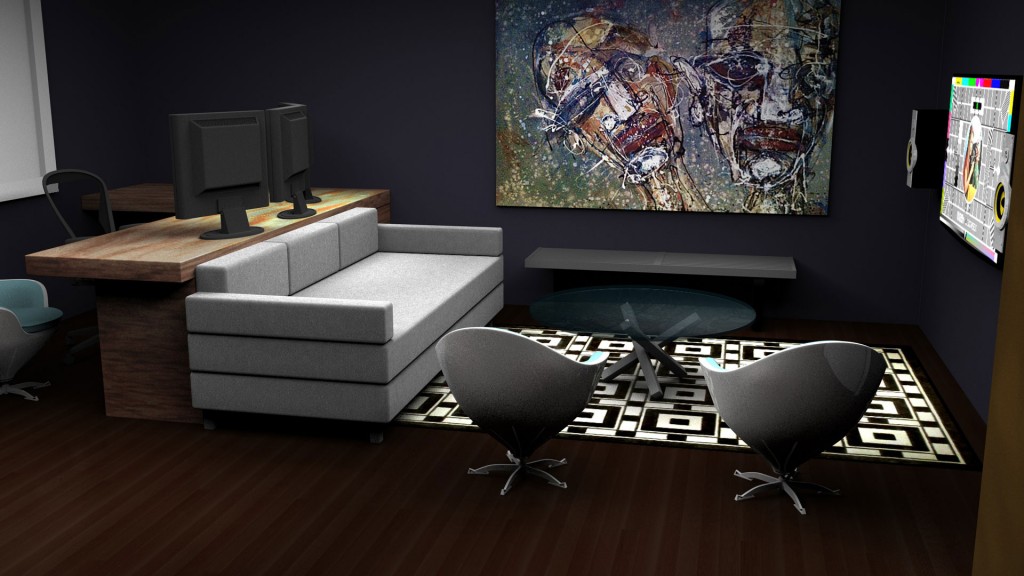 A render of one of the edit suites at TWP Lilyfield

A final move to Lilyfield has consolidated all of the systems and we’ve been able to upgrade the RAID rather than replace it- a good argument for buying quality equipment. While we don’t like to talk about failures, it does happen, and Tex says

“Working in professional video production, when our main RAID went down on Monday morning, Servicemax helped us to get it up and running promptly. No lost files and and it soon became just another Monday. Thanks guys.”

Victoria Sangster, Production Manager also had this to say

“During a job, everything has to work like clockwork. No delays, downtime or mucking around. That’s why I’m glad that Servicemax respond quickly and know what they are talking about”

If you would like to know more about Tex Whitney Productions and their services, go here