I’ve had this issue for about 2 years, here’s the error message- 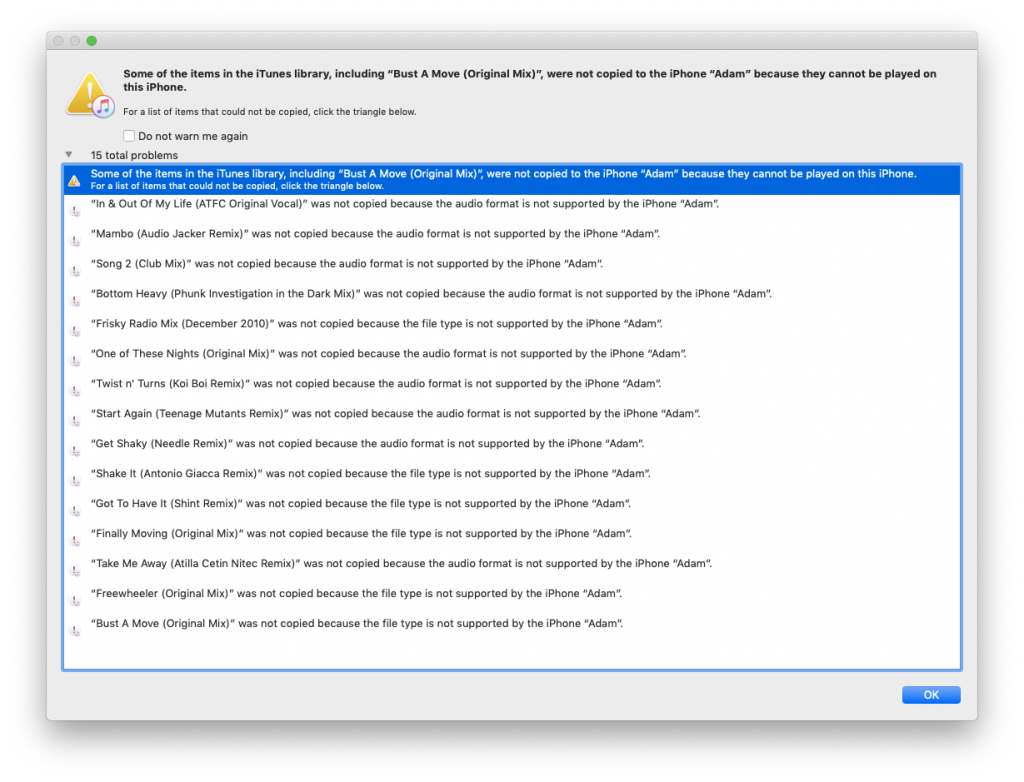 Anyway, after an hour or two of analysing the tracks and looking at the differences between AIFF and AIFF-C, I went back to basics and found that the folder structure for these tracks existed, but the tracks themselves were not inside the folders in the iTunes library.

So the error message was wrong, thanks Apple!

The quickest thing to do would be to copy the tracks across, but this didn’t work.

This appeared to cause iTunes to add them correctly, and they now transfer- and play- on my phone!

Apparently iTunes will now ‘find similar’ if there are tracks missing and you point it to a source where it can get them, but in this case it didn’t recognise them as missing.
It would be better if we could get iTunes to ‘sweep’ the media folder and tell you about issue and perhaps auto correct them. I can only hope!